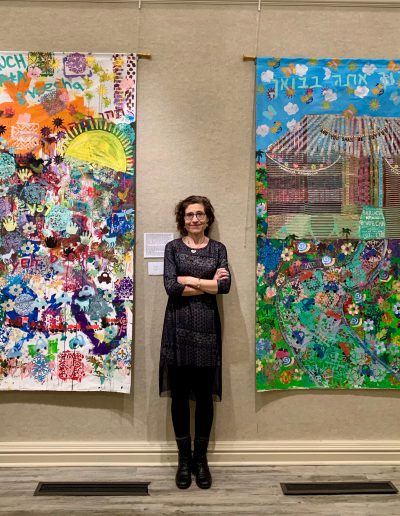 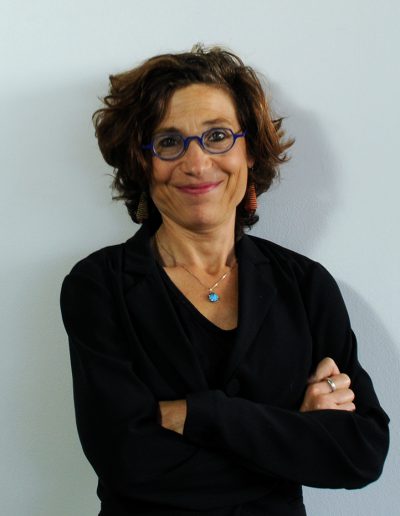 BIO:  A New York/Boston transplant, Carol Buchman received her BFA from the Massachusetts College of Art in Boston and an MFA from Boston University School for the Arts. Her narrative and often mixed media paintings have ranged in subject matter from landscape to portraits and have a mystical and childlike quality to them. She has been collected and exhibited in museums, synagogues, public and private spaces, schools, and corporate offices including the Tennessee State Museum; E. K. Rudin Gallery in Great Neck, NY; Alvin J. Fine Museum in San Francisco; Brooks Museum of Art in Memphis, GPAC, Memphis, The Buckman Center, Memphis, Perry Nicole Gallery, and Mary Tomas Gallery in Dallas. Ms. Buchman’s art was recently purchased by the city of Memphis’s Moveable Art Collection, and will be permanently on display at the Hollywood Branch. In 2021 she was commissioned to do the art for the Torah Ark at congregation Kehilat Shoham in Israel and chosen in 2019 to be a visiting artist for the “Muse” festival in Shoham, Israel. Ms. Buchman was a “Legend” portrait artist commissioned by the Women’s Foundation of Memphis in 2014. Six of her large Thunder and Lightning paintings are now hanging in Memphis area children’s hospitals. Ms. Buchman had two pieces in the Jerusalem Biennale 2017. She has been teaching art to young children for over 25 years and lives in Memphis with her artist husband, Roy Tamboli and two cats.

1985   “Cars and Other People” Massachusetts College of Art, Boston, MA

2008    Jewish Scene Magazine, of the Mid-South Interview for Nashville Show and Cover Art

1986   The Boston Globe review of Cyclorama Show, by Christine Temin

IMAGE USE, WEB and PRINT

1999 – Recipient of  “Making a Difference Grant” for Mural at Hatley’ Garage, Memphis, TN